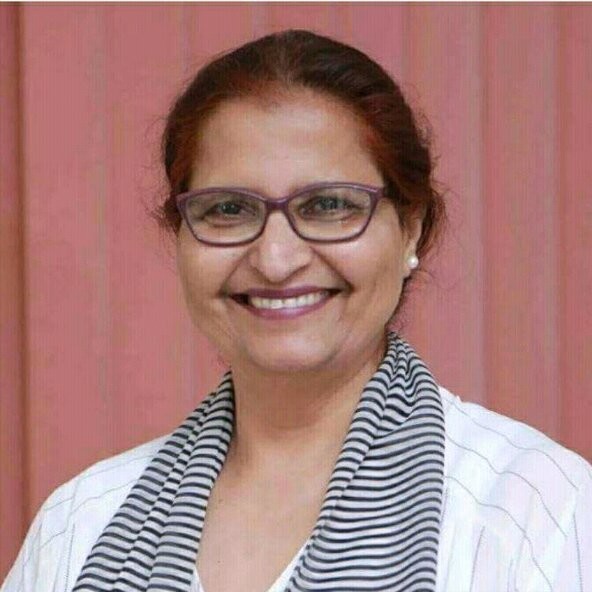 Meet Paramjeet, the principal of Kamla Nehru Public School, a rural school in Phagwara, Punjab catering to 65 villages. She has been a pioneer in shaping what a modern school can look like. She has been an educator for 4+ decades. A gold medalist in university, she quickly became the Principal at Army Public School, Jalandhar and received commendation card from the Army management, even though she was a civilian, before moving to KNPS Phagwara. Under her brilliant leadership, KNPS is today a Microsoft Showcase School featuring all the latest in technology that can be utilised in such a school setting. KNPS is an ardent supporter of the UN SDGs since 2016 and started a #RiseUp4SDGs campaign connecting with 600+ classrooms in 46 different countries across the world. She has been recognised and awarded by multiple SDG organisations including the United Nations. She is leading the way for rural and smaller private schools in India to enter into this century. She has been training bigger schools in big metro areas now.